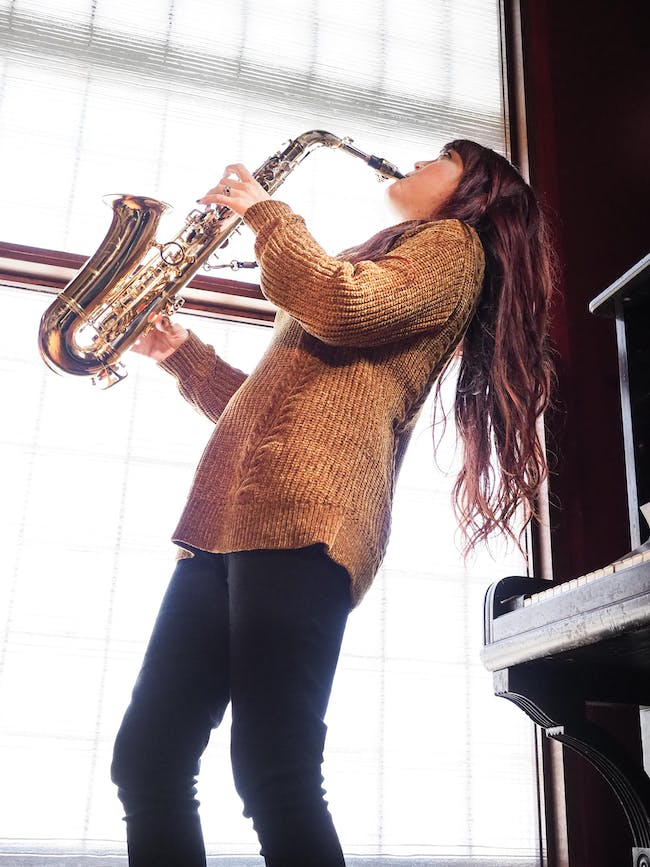 Indianapolis-based saxophonist, Amanda Gardier, is following up her 2018 album "Empathy" with a a new album that comprises all new original compositions and features the bandleader on both alto and saxophone saxophone. The music of Gardier's sophomore album, "Flyover Country," combines the influences of contemporary jazz, minimalism, and alternative rock and is brought to life by the support of Carrington Clinton on drums, Ellie Pruneau on piano, and Brendan Keller-Tuberg on bass. Gardier's music juxtaposes the calmness of lush harmonies and cyclical melodies with the intensity of complex rhythms and fiery improvisation, creating projects that have "a lot of something for everyone" (All About Jazz).