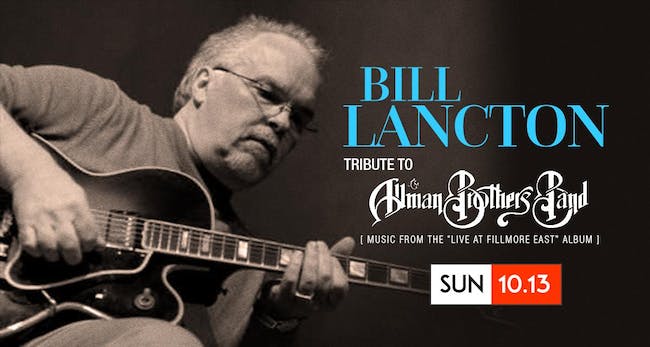 iCal
Google
A high energy tribute to the legendary album by the Allman Brothers - Live at the Fillmore East album.

Headed up by guitarists Bill Lancton and Jimmy Davis this group has sold out everywhere it has played. A high energy tribute to the legendary album by the Allman Brothers - Live at the Fillmore East album.

What the critics say about this music...

"There has never been a better showcase for improvisational rock than this 1971 concert recording, and few (if any) live rock albums are in its rank. With only two studio albums (and plenty of touring) under their belt, the Georgia sextet tore into the Fillmore East with road-tested buoyancy. Titanic guitarist Duane Allman was at the peak of his powers, pushing his foil, Dickey Betts, to unsurpassed peaks. Vocalist-keyboardist Gregg Allman would have been a star in any other setting; here he's merely one more component in a brilliant ensemble. Duane Allman died shortly after At Fillmore East shipped, and the Brothers haven't scaled such heights since. But, then, neither has anyone else." - Steven Stolder

A Do Not Miss show!