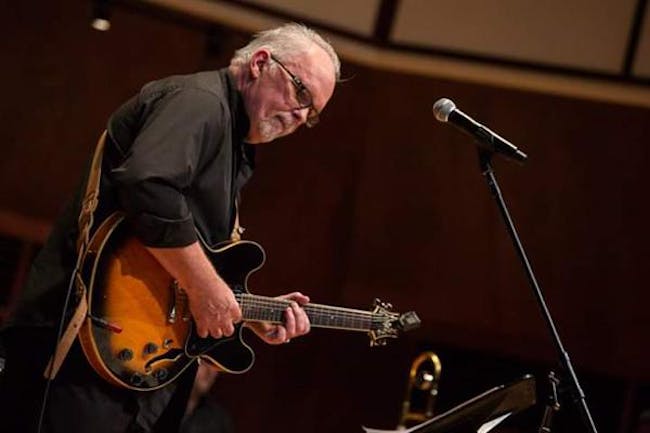 iCal
Google
Bill Lancton is back with a tribute to the legendary Santana!

Guitarist Lancton's love of Santana is inspiring — and he threads in all kinds of other Latin jazz and rock masters into this show, too. Think Puente, Dizzy Gillespie and more.

Recognized as one of the top guitarists in the Midwest, Bill Lancton has been making an impact on the Indianapolis music scene since 1973. After relocating from his native New York, Bill began a successful career that has taken him from coast to coast, always keeping his roots in jazz. His original compositions range from gentle bossa, to funk, to rocking Latin. Whether playing standards, contemporary jazz, or quiet background music, he performs with taste, class, reliability.

Bill has released two jazz cds with his band, The Coalition, earning a spot on two of the WTPI/Ameritech Jazz samplers. Since 1994, he has been a member of the popular, award-winning World Beat band, Dog Talk, releasing three cds with this group. In 1998, his co-op group, Les Chat du Swing, won critic's choice for best small jazz group in Indianapolis.

Combining a latin and funk feel, with straight ahead swing in a fresh jazz style, Bill and his groups annually appear at all the major jazz festivals and clubs, as well as concert and private appearances.