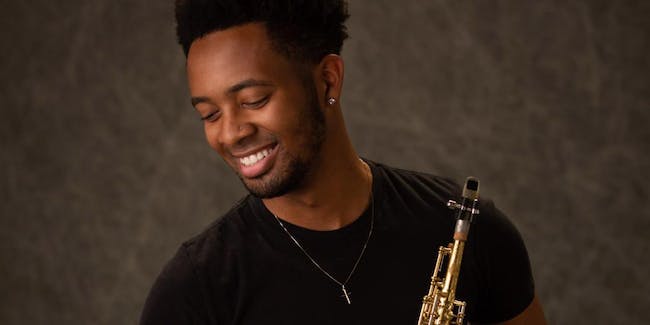 Rising Star Bryan Thompson is a 21year old saxophone and piano prodigy. He is a Showtime at the Apollo and Trailblazer Award winner, and has worked with and shared the stage with legends like Najee, Kirk Whalum, Brian Culbertson, Lalah Hathaway, Kem, New Edition, Dru Hill, Tank, Bootsy Collins, and the hugely successful Kenny G.

Bryan's first CD "Genesis" was release when he was only 15 years old, but served as an introduction to his talent. Today social media has opened the door and allowed millions of fans to share in Bryan's musical journey. The people have taken note, but so has the media. In just a short 6 month span, Bryan has received more than 7 million views on his social media sites attracting the attention of USA Today, Times and Entertainment Weekly to name a few. The power of social media has brought Bryan to a number of US cities while also being invited to a countless amount of appearances internationally.

Bryan's sophomore and first full length album, "Pursuit Of Passion" is set to be released in the summer of 2017.