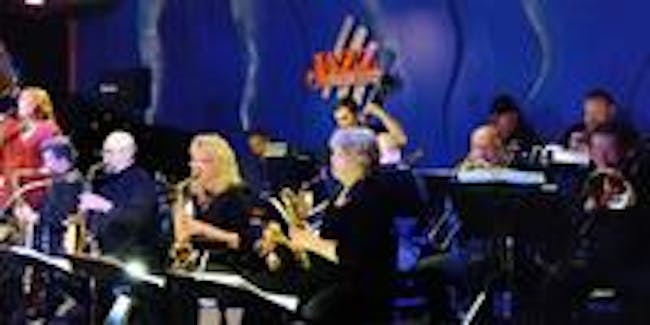 The nationally-recognized Indianapolis Jazz Orchestra (IJO) is Indiana's premier professional repertory large jazz ensemble as well as being the state's official ambassadors of big band jazz. Composed of the leading professional instrumentalists and vocalists from the Central Indiana area, the IJO was created to preserve and advance the entire dynamic history of the big band. Patterned after popular bands, both past and present, the IJO is committed to performing world-class musical arrangements based on classic tunes from the Great American Songbook. In addition to performing the best of the traditional big band repertoire, the IJO also features outstanding new arrangements and compositions.

Since September of 2001, the Indianapolis Jazz Orchestra has presented a successful yearly concert series to the Indianapolis metro area. Beautiful and historic venues like the Athenaeum Theatre, the Scottish Rite Cathedral, the Indiana State Museum, and the Indiana Roof Ballroom frequently serve as hosts for this series. Regularly selected as "best live-entertainment picks" by local media, IJO performances have earned a reputation as being both entertaining and having outstanding general-audience appeal.

In addition to their own concert series, the Indianapolis Jazz Orchestra is regularly invited to perform at many of the best concert venues throughout Indiana and in other states. These venues include the Warren Performing Arts Center in Indianapolis, the Paramount Theatre in Anderson, the Foellinger Theater in Fort Wayne, the Minnetrista Center in Muncie, the Honeywell Performing Arts Center in Wabash, and the Virginia Theater in Champaign Illinois. The IJO is also a popular repeat performer at numerous statewide summer outdoor concert series.

The musicians of the Indianapolis Jazz Orchestra are among the best and busiest professionals in Central Indiana and in the Midwest. Besides performing with the IJO, these talented artists perform with many other widely-varied professional ensembles. These include symphony orchestras, big dance bands, jazz combos, pit orchestras for musical theater, brass quintets, rock & roll bands, and many other bands of all shapes and sizes. Many have performed all across the country and throughout the world with touring acts, on cruise ships, at theme parks, with military bands, and with top-ranked collegiate groups. Most have also been members of back-up bands and orchestras for nationally known entertainers and for famous jazz artists.

The Indianapolis Jazz Orchestra has created an impressive recording legacy, having recorded five commercially-successful CD's that have been critically acclaimed both nationally and locally. The IJO operates entirely under the auspices of the Jazz Arts Society of Indiana, a not-for-profit, 501-3c performing arts corporation.