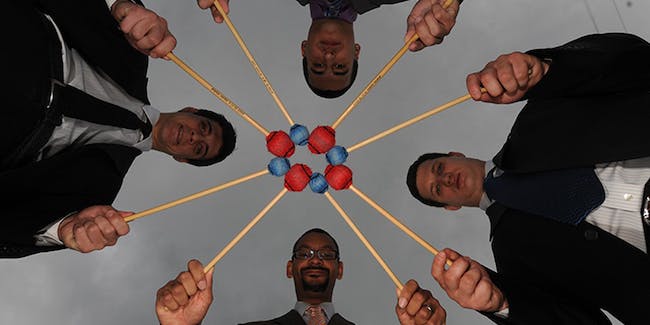 From a tender young age it was clear that Jason Marsalis had what it took to be great. Jason is the son of pianist and music educator Ellis Marsalis and his wife Dolores, and the youngest sibling of Wynton, Branford and Delfeayo. Together, the four brothers and Ellis comprise New Orleans’s venerable first family of jazz, and recipients of the National Endowment for the Arts 2011 Jazz Masters awards. Jason is well known for his prodigal drumming. Working with his father’s group, as well as the great pianist Marcus Roberts, he has fine-tuned his playing in two of the most demanding trio settings in modern jazz. However, with the release of 2013’s “In A World of Mallets”, and his recognition as the 2013 rising star winner in the Downbeat Magazine annual critics poll, listeners are now recognizing Jason for his unique sound on the vibraphones.