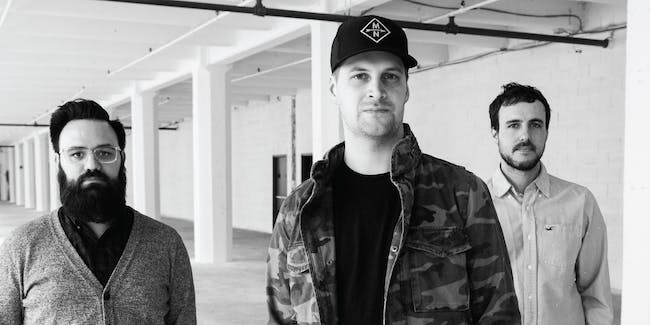 With a singular voice on the trumpet and flugelhorn, John Raymond is making his mark as one of the most promising, up-and-coming jazz musicians in the world. Recently dubbed as a Rising Star by Downbeat Magazine, John has performed with some of most well-respected names in jazz including Orrin Evans, Kurt Rosenwinkel, Billy Hart and Linda Oh among others. He has released five albums under his own name since 2012, all of which receiving critical acclaim from the New York Times, Stereogum, Downbeat, JazzTimes and more. John has also established himself as a sought-after educator, both as the Professor of Jazz Trumpet at Indiana University and as a guest clinician and soloist at schools around the world.

Raymond's Real Feels is a bass-less trio that includes Gilad Hekselman (guitar) and Colin Stranahan (drums), and the leader on flugelhorn. Together, they incorporate indie-rock, folk and electronic influences to both riveting original music and fresh takes on recognizable songs by artists such as Bob Dylan, Thom Yorke, Bon Iver, Paul Simon and more. Regardless of material, the band's improvisational, free-wheeling, “keep-you-on-the-edge-of-your-seat” approach to the music makes each experience with Real Feels a new and captivating experience. It’s no surprise that they are one of the hottest, up-and-coming groups in jazz today.