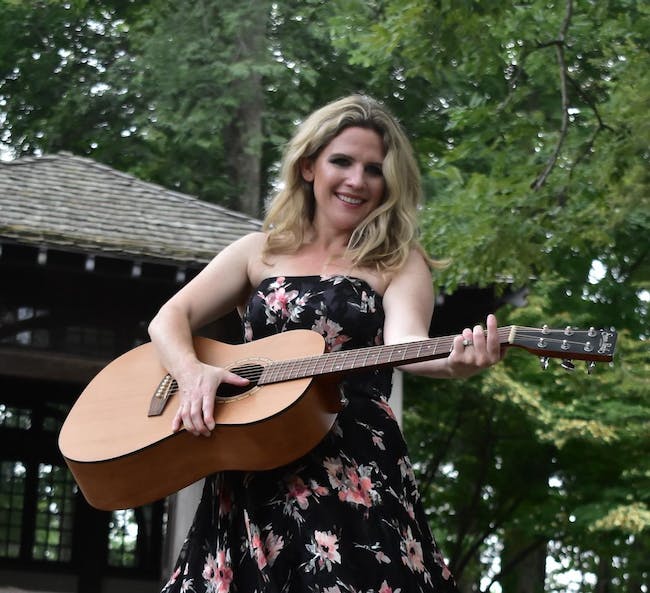 Katherine Nagy is a songwriter & singer who grew up in Ireland. After moving to America, she spent each summer living with relatives in Co. Galway and Dublin City. Her memories of these times and love of Irish folk music has greatly influenced her own songs and writing style.

She will perform her own Irish inspired songs as well as familiar Irish ballads and pub songs. She will be joined by Austin Johnson, Tim Wright, David Murray, Jane Rupert, Mina Keohane as well as special guest Dmitri Alano on the Irish flute & tin whistle.

Her song “Lay With Me” was recently voted top 20 songs of 2019 on the award winning “Irish & Celtic Music Podcast”. Her music is regularly featured on Chicago Irish Radio and she performs annually at Indy Irishfest and Indy’s downtown Greening of the Canal.

Katherine’s Irish inspired EP “Gypsy Lady” was released in March 2017. Since then she has released EP “Fly High”, a full-length album “Heartsongs” and most recently her EP “Hold on to Love”. All of her music is available on iTunes & Spotify.

She is a graduate of Saint Mary's College in Notre Dame, IN and lives in Indianapolis with her husband and three children.