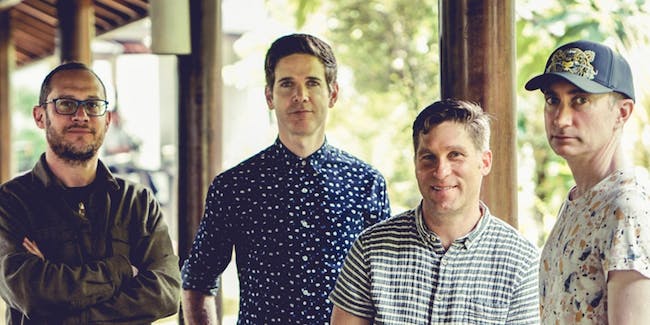 In their almost two-decade history, the Grammy-nominated band Kneebody has created a genre and style all its own. Their sound is explosive rock energy and high-level nuanced chamber ensemble playing set within the frames of highly wrought compositions that are balanced with adventurous no-holds-barred improvising.

Kneebody is keyboardist Adam Benjamin, trumpeter Shane Endsley, saxophonist Ben Wendel, and drummer/bassist Nate Wood. The band has no leader or rather, each member is the leader; they’ve developed their own musical language, inventing a unique cueing system that allows them each to change the tempo, key, style, and more in an instant.

The group met in their late teens while at The Eastman School of Music and Cal Arts, became fast friends, and converged together as Kneebody amid the vibrant and eclectic music scene of Los Angeles in 2001. Since then, each band member has amassed an impressive list of credits and accomplishments over the years all while the band has continued to thrive and grow in reputation, solidifying a fan base around the world.