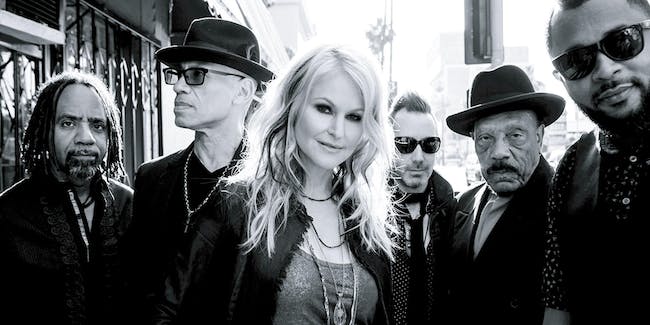 iCal
Google
One of the most recognized and sought-after saxophonists/vocalists, two-time GRAMMY nominee Mindi Abair.

Mindi Abair has been electrifying audiences with her dynamic live performances and utter command of the saxophone since her debut album in 2000. No one since Junior Walker has brought saxophone and vocals in one package to the forefront of modern music, with a raucous tone and dynamic stage presence. She has garnered ten #1 radio hits, six Top 5 solo records and two #1 spots on the Billboard album charts. In 2014, Mindi received her first GRAMMY® nomination in the Best Pop Instrumental Album category, followed by a 2015 GRAMMY® nomination for Best Contemporary Instrumental Album for her solo LP Wild Heart featuring Gregg Allman, Joe Perry, Trombone Shorty, Booker T. Jones, Keb’ Mo’, and Max Weinberg.

“…HAS A HARD-BLOWING, GRITTY TONE IN THE VEIN OF KING CURTIS.” – USA Today

“YOU GUYS ARE BONESHAKING!” – Bonnie Raitt (named the band with this quote)