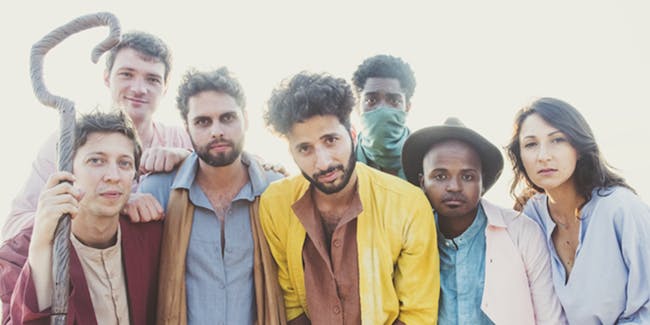 Sammy Miller and the Congregation

Sammy Miller and The Congregation are on a mission, crisscrossing the country like a vaudevillian revival show with evangelic fervor for music. The seven-piece band is pulling people out of their solitary lives and putting them in the moment with a bracing dose of joyful jazz performed with infectious theatricality. The New York City-based, familial collective has captured its frenetic energy and unflinchingly optimistic songwriting on its debut album, Leaving Egypt.

“We want to get people back in a room together,” Sammy Miller says. “I love the idea of being unhinged, sincere, vulnerable, and breaking down walls through humor. Music is an uplifting gift, and I want to be generous in sharing it with people.”

Sammy Miller and The Congregation has been described as a mashup of the sensibilities of Ben Folds and the Preservation Hall Jazz Band. The band freely mixes vocal and instrumental tracks live and on record, asking the audience to go along for the ride with the lead melody being carried by vocalists half the time, and instruments the other half.