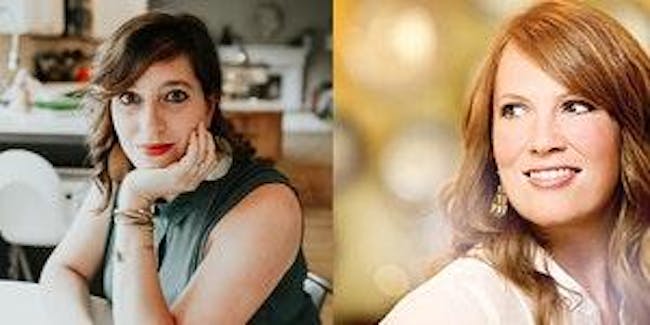 While both have deep roots in the gospel world, this night will weave between pop, gospel, jazz, county and probably a lot in between.

Sarah is no spring chicken. This isn’t her first rodeo. As a wife of almost fourteen years to her best friend & college sweetheart, mother to five children under 7 years old, and worship leader/songwriter & blogger, she has seen her fair share of seasons. Through her writing, she articulates the mountain and valley experiences of journeying through life with depth, sincerity, raw emotion, and humor.

Using her classical and jazz background, she mixes in other audio flavors - gospel, country, and pop for a soulful and eclectic sound. Having worked with Grammy-award winning musicians, collaborating and sharing the stage with Bill and Gloria Gaither, Sandi Patty, Kurt Elling, Watermark, Jon McLaughlin, Alanna Story, Cook & Belle, Dierks Bentley and a slew of other impressive talents, Sarah’s songs have taken her around the world to jazz festivals, colleges, clubs, conferences, and churches, among other events.

Heather Bays career as a musician started on a warm fall evening in the sanctuary of her church in Clarkson, Michigan at a “Vespers” service. She sat down at the piano and accompanied herself singing an old Imperial’s tune called “Part-Time Servant”.

It was there that she wowed her first crowd and her journey toward using her musical gifts for good began. In her young adult years she dabbled with a career in opera and won accolades and scholarships for her abilities, but continued to feel the pull toward God that she had felt at the early age of 16. Her first recording experience was with Gaither Music while she was studying Music Education at Anderson University. It was there that she was “hooked” by the studio singing bug.

Heather is now a first call studio singer in the Indianapolis and Nashville TN area where she  records voice-overs, jingles, choral demos, film scores, video game scores and works on others’ personal projects. Her voice was featured on the release of the video game “Battlefield V” of which the theme was written and recorded by Hanz Zimmer and Remote Control Productions in November of this year and opened the famous EA3 conference in Los Angeles. The trailer was watched by hundreds of millions in just several weeks this fall. Her versatility and experience have given her the opportunity to work and record with many significant artists and companies over the years. Including but not limited to: Hans Zimmer and his company Remote Control Productions, Disney, Sandi Patty, Bill Gaither, EA Games, and tenor Lawrence Brownlee just to name a few. She has sang the national anthem for The Indianapolis Colts, The Indianapolis Pacers, and the Indiana Fever and has performed as a featured artist with many symphonies around the country including The Indianapolis Symphony Orchestra. She looks so forward to a night with her long time friend and colleague Sarah Mclaughlin bringing her favorites from the places she has performed and music she has loved. Heather has two albums, Let Beautiful Be and Heather Bays: Christmas at the Paramount both of which are available tonight.